Newark City Council on Monday unanimously approved plans to redevelop the site of the closed University of Delaware Dickinson dormitory complex located at the corner of Hillside and Apple Roads in Newark, Delaware. Tarabicos Grosso, LLC assisted Pennsylvania-based developer and property manager College Town Communities with the land use approvals for the project, which will replace the aging dormitories with modern off-campus student housing.

The project will include 46 four-bedroom townhomes and 45 apartments housed in four three-story buildings featuring indoor resident amenities and an attractive, modern aesthetic designed to be a welcomed departure from the institutional architecture of the dormitories that have stood on the site for over 50 years. The estimated $30 million project will contain a mix of two, three, and four-bedroom units for a total of 320 beds – roughly half the number of beds as when the property supported the Dickinson dormitories. Designed to appeal to undergraduate and graduate student renters, the site will also feature modern amenities to promote safe pedestrian activities, including open green space for active recreation, a path for walking and biking along the perimeter of the site, ample secure bike storage and repair stations, and inviting landscaping.

Tarabicos Grosso partner Mike Hoffman led the legal team with respect to obtaining land use approvals for the project, which included a Comprehensive Development Plan amendment and Major Subdivision Plan.

Hillside Road separates the approximately 8.37-acre site into two distinct sections – a vacant 1.2-acre portion located to the north, which will remain open space, and the developed portion consisting of the dormitory complex to the south, which is to be redeveloped. The Plan subdivides the property into two lots and dedicates the portion of Hillside Road that traverses the property to public use.

The property, currently zoned UN for university use, will automatically convert to its underlying split zoning of RM – Garden Apartments (portion south of Hillside) and RS – One Family Attached (portion north of Hillside) when the University of Delaware sells the land. Though a rezoning was not necessary for this project, an amendment to the City of Newark Comprehensive Development Plan was required to reflect this procedural reversion.

While the project was considered a “by-right” plan, as no rezoning, variances, or other code relief was being sought, the plan garnered a lot of public attention and commentary. Tarabicos Grosso assisted Developer College Town Communities in engaging the City and the public for this high profile project in Newark, ultimately working towards final unanimous approval. 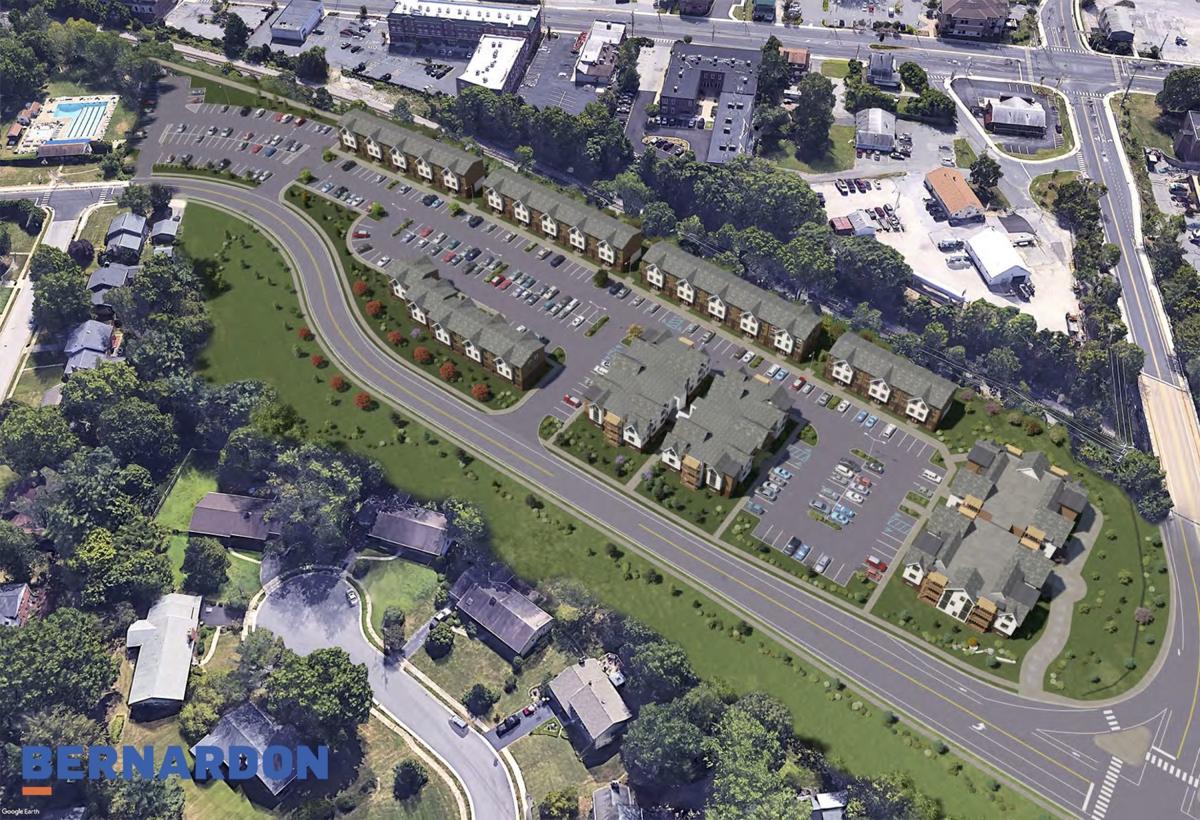